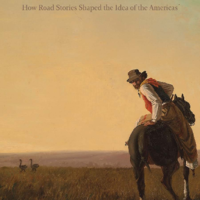 Road trips loom large in the American imagination, and stories from the road have been central to crafting national identities across North and South America. Tales of traversing this vast geography, with its singular landscape, have helped foster a sense of American exceptionalism. Examining three turning points that shaped exceptionalism in both Americas—the late colonial and early Republican period, expansion into the frontier, and the Cold War—John Ochoa pursues literary travelers across landscapes and centuries. At each historical crossroads, the nations of North and South invented or reinvented themselves in the shadow of empire. Travel accounts from these periods offered master narratives that shaped the notion of America’s postimperial future.

Fellow Travelers recounts the complex, on-the-road relationships between travelers such as Lewis and Clark, Alexander von Humboldt and Aimeì Bonpland, Huckleberry Finn and Jim, Kerouac’s Sal Paradise and Dean Moriarty, and the Che Guevara and Alberto Granado of The Motorcycle Diaries. Such journeys reflect concerns far larger than their characters: tensions between the voices of the rugged individual and the democratic many, between the metropolis and the backcountry, and between the intimate and the vast. Working across national literatures, Fellow Travelers offers insight into a shared process of national reinvention and the construction of modern national imaginaries.